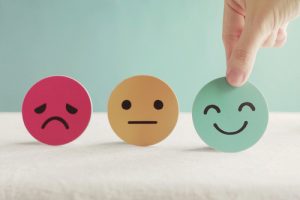 The U.S. House of Representatives on June 22 voted 402-20 to approve a comprehensive, bipartisan bill introduced by U.S. Rep. Cathy McMorris Rodgers (R-WA) that would modify and expand numerous federal programs, grants, and related activities focused on mental and behavioral health.

“I am grateful for all my colleagues who led on many solutions in this bill and for the strong bipartisan work that led to today’s passage in the People’s House,” Rep. McMorris Rodgers said on Wednesday. “Our goal is to continue to build on this for stronger families, stronger communities, and a brighter future for all.”

The congresswoman on May 6 signed on as the lead original cosponsor of the Restoring Hope for Mental Health and Well-Being Act of 2022, H.R. 7666, which is sponsored by U.S. Rep. Frank Pallone, Jr. (D-NJ).

If enacted, H.R. 7666 also would reauthorize several programs, grants, and activities through fiscal year 2027 and would expand access to opioid and other substance use disorder treatments and recovery support services, according to the congressional record bill summary.

“Today in America, children and young adults are in crisis. More than 100,000 people a year are dying from overdoses and fentanyl poisonings, crime is up, and there’s increasing violence in our schools,” said Rep. McMorris Rodgers. “That’s why I am leading to reauthorize these critical mental health and substance use programs before they expire this fall.”

H.R. 7666 would keep the federal government out of decision-making for treatment and would target resources to state and local communities through block grants, giving local communities flexibility to combat mental illness, addiction, and despair, according to Rep. McMorris Rodgers.

“By maintaining charitable choice, it also makes sure faith-based organizations can still compete on equal footing for federal funding,” she said, adding that H.R. 7666 “ensures that precious taxpayer dollars are directed to stopping record-high overdose deaths through prevention, treatment, and recovery initiatives.”

The U.S. Senate on June 23 received H.R. 7666 and referred the bill for consideration to the U.S. Senate Health, Education, Labor, and Pensions Committee.