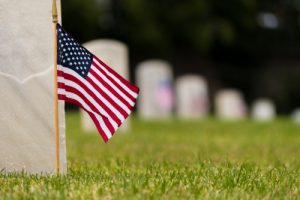 In an Oct. 18 letter sent to VA Under Secretary of Memorial Affairs Matthew Quinn, the senators requested that the grants program — which assists states, territories, and tribal governments in providing gravesites for America’s military veterans in areas not fully served by the National Cemetery Administration — ensure that all members of the reserve components of the U.S. Armed Forces and the National Guard are eligible to be buried in state veterans’ cemeteries, so long as their service was terminated under honorable conditions.

“National Guardsmen and Reservists swear to defend this country just as their Active Duty counterparts do,” wrote Sen. Hoeven and his five colleagues, who included U.S. Sen. Jeanne Shaheen (D-NH). “We must make sure that they receive the respect and recognition that they deserve.”

The lawmakers also requested that the VA cease its existing practice of punishing state veterans’ cemeteries that bury the spouses, minor children or unmarried adult children of those service members by conditioning federal grants on a cemetery’s compliance with existing burial eligibility criteria.

The senators’ letter regards a request for information (RFI) posted on July 30 by the VA on its Eligibility Considerations for the Veterans Cemetery Grants Program. The comment period on the RFI closed on Aug. 30.

“As you are reviewing the information gathered throughout the RFI process, we ask that you consider reforms to expand the eligibility for the department’s Veterans Cemetery Grants Program,” Sen. Hoeven and his colleagues wrote.

Sen. Hoeven on June 16 also introduced the bipartisan, bicameral Burial Equity for Guards and Reserves Act of 2021, S. 2089, with bill sponsor Sen. Shaheen to ensure that VA grants provided for state veterans’ cemeteries do not restrict states from authorizing the interment of certain deceased members of the reserve components of the Armed Forces in such cemeteries, according to the text of the bill.