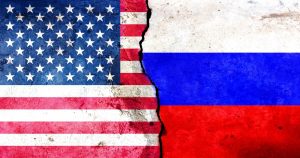 U.S. Sen. Cory Gardner (R-CO) reintroduced legislation this month that would require the State Department to determine whether Russia is a state sponsor of terror, a move that could lead to U.S. sanctions against the country.

S. 1189, sponsored by Sen. Gardner and U.S. Sen. Bob Menendez (D-NJ) on April 11, requires the State Department to determine within 90 days and report to Congress whether Russia should be designated as a state sponsor of terror under U.S. law. Currently, North Korea, Iran, Syria, and Sudan carry that designation.

“The United States must continue to take strong action against Putin’s Russia,” said Sen. Gardner, who serves on the Senate Foreign Relations Committee. “Under Putin’s leadership, Russia has invaded Ukraine, enabled Bashar al-Assad to carry out chemical weapon attacks on the Syrian people, meddled in the 2016 United States elections, and were responsible for a deadly chemical weapons attack on British soil that killed a UK citizen and harmed numerous others.”

Sen. Gardner’s office said that the penalties for a country being designated a state sponsor of terror include “restrictions on U.S. foreign assistance; a ban on defense exports and sales; certain controls over exports of dual use items; and miscellaneous financial and other restrictions,” according to the State Department.

“Some will argue that applying such a toxic label to a major global power, one with a permanent seat at the United Nations Security Council, will not get it to back down, and might even further damage American-Russia ties, already at an all-time low,” Gardner wrote in an April 19 op-ed in The New York Times. “Those are important policy questions, which is why my legislation leaves a final determination to the professionals at the State Department.”

Sen. Gardner also introduced similar legislation in 2018 with Sen. Menendez, which was considered by the Senate Foreign Relations Committee.

“Unless Russia fundamentally changes its behavior, we must not repeat the mistakes of past Administrations of trying to normalize relations with a nation that continues to pose a serious threat to the United States and our allies,” the senator said.