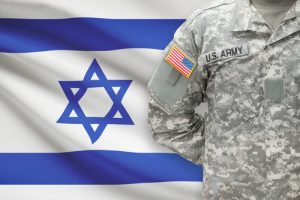 “We have no stronger ally in the Middle East than the state of Israel, and I am pleased the Senate today passed this important bill that will help stop the spread of radical Islamic extremism and fight terrorism,” said Sen. Gardner on Tuesday.

The Strengthening America’s Security in the Middle East Act of 2019, S. 1, sponsored by U.S. Sen. Marco Rubio (R-FL), also would authorize assistance and weapons transfers to Israel, extend defense cooperation with Jordan, establish additional sanctions related to the conflict in Syria, and allow states to divest from entities boycotting Israel, according to the congressional record summary.

“This legislation would enhance our alliances in the Middle East, condemn the heinous human rights abuses of the Assad regime, and take a strong stance against the anti-Israel and anti-Semitic BDS movement,” Sen. Gardner said.

According to a summary of S. 1 provided by Sen. Gardner’s office, the proposed bill specifically would authorize security assistance to Israel over a 10-year period; reauthorize the United States-Jordan Defense Cooperation Act of 2015; provide new sanctions against Syria’s Assad regime, and empower state and local governments in the United States to counter the anti-Israel boycott, divestment and sanctions (BDS) movement’s economic warfare against the Jewish state.

“Despite the growing influence of pro-BDS voices on the Left, a bipartisan supermajority in the Senate voted overwhelmingly to pass the pro-Israel Combating BDS Act and other bipartisan measures included in the Strengthening America’s Security in the Middle East Act,” Sen. Rubio said.

During the waning days of the 115th Congress, Sen. Gardner led several of his colleagues in urging Senate leadership to condemn the anti-Israel and anti-Semitic BDS movement, which the senators wrote in a Dec. 20, 2018 letter, “seeks to de-legitimize the State of Israel and its people.”

The Senate-approved S. 1 advanced to the U.S. House of Representatives on Feb. 6.

“I urge the House of Representatives to quickly take up and pass this bipartisan bill and look forward to President Trump signing it into law,” said Sen. Gardner.