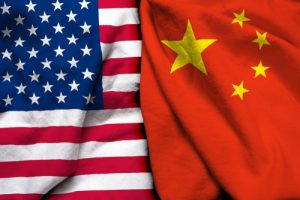 U.S. Rep. Mike Garcia (R-CA) on June 28 proposed an amendment to reinstate the China Initiative, instituted by the U.S. Department of Justice to combat the theft of American intellectual property by the Chinese Communist Party (CCP).

“The China Initiative was proving effective at fighting both IP theft and trade secret theft,” Rep. Garcia said. “But without substantiating rationale by the Biden administration, it was repealed this year.”

The congressman introduced the amendment to restart the initiative to the fiscal year 2023 Commerce, Justice, Science, and Related Agencies appropriations bill, H.R. 8256, under consideration by the U.S. House Appropriations Committee. Rep. Garcia’s amendment was not adopted, but the larger bill received committee approval on June 30 with a 31-24 vote and now heads to the full chamber for action.

“As we know, China has implemented a policy that they refer to as ‘Rob, Replicate, and Replace,’ and the United States must do everything in its power to combat the CCP from robbing our intellectual property,” said Rep. Garcia. “The Chinese Communist Party is our real enemy, and we must do everything to stop them from using our ideas to better themselves.”

Although his China Initiative amendment was not adopted due to opposition from the Democratic majority, Rep. Garcia plans to continue being a champion in Congress for standing up to the CCP, according to his staff.