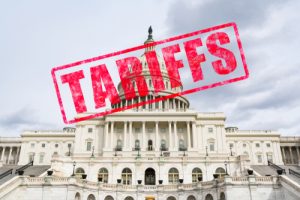 The federal government must end the “self-inflicted harm” brought on by the trade war and Section 301 tariffs that are damaging many businesses across the United States, wrote U.S. Sens. Deb Fischer (R-NE), Thom Tillis (R-NC), and several colleagues in a June 30 letter sent to President Joe Biden.

“Many U.S. businesses have described the negative, unintended consequences of tariffs over the last three years. Unfortunately, it is difficult to find a U.S. industry that has not been negatively affected by tariffs and the trade war,” wrote the seven senators, who also included U.S. Sen. Joni Ernst (R-IA).

They pointed out that impacted industries and businesses have faced increased costs, lost sales and market access, and competitive disadvantages due to the tariffs. Many businesses also have been forced to make difficult decisions to keep their operations afloat, such as foregoing expansions, productivity improvements or hiring new employees, the senators wrote.

“Moreover, many businesses have described that the primary beneficiaries of the trade war are their foreign competitors that do not face the same tariff costs,” according to their letter.

The senators reminded Biden that during his 2020 presidential bid, he acknowledged this harm by stating that American farmers, manufacturers and consumers were losing and paying more.

“We agree, and we write to highlight the stories of many businesses that are seeking a de-escalation of the trade war and to urge your administration to eliminate tariffs and quotas that are harming so many businesses and consumers,” their letter states.

Sens. Fischer, Tillis and their colleagues included testimonies from businesses to support their point, such as Nebraska’s Hornady Security Products, which said some of its larger customers have chosen to bypass importers such as Hornady and develop their own supply chain directly from China. “This translates into lost business for companies like Hornady with no benefit to U.S. manufacturing,” the company stated.

“We urge the Administration to listen to the many stories of these businesses and end the self-inflicted harm from the trade war,” the senators wrote. “An important first step would be to reduce the barriers to trade with our allies. By doing so, we can stop damaging actions and retaliation and mend relationships while listening to the businesses across the country that have suffered from the negative economic consequences.”