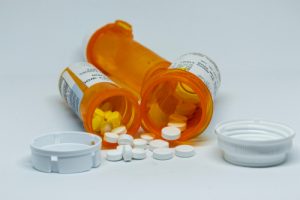 U.S. Rep. Tom Emmer (R-MN) led a bipartisan contingent of 10 of his colleagues in urging the Food and Drug Administration (FDA) to strengthen its recently proposed opioid disposal rule.

“Safe opioid disposal saves lives by cutting off a key source of dangerous drugs before they can end up in the wrong hands,” Rep. Emmer said in a June 28 statement. “We must ensure that the FDA is recommending the safest and most effective methods of disposal to households across America.”

In a June 27 letter sent to FDA Commissioner Robert Califf, the lawmakers expressed “alarm” about the nation’s opioid epidemic, which they said continues to ravage the country.

“We want to ensure we are continuing to do everything possible to combat this scourge,” wrote Rep. Emmer and his colleagues. “One of the most effective ways to prevent drug misuse is to encourage the removal and disposal of unused, unwanted, or expired medication that may otherwise remain in our medicine cabinets.”

In their letter, the members wrote that they think the proposed rule may overlook accessibility for rural and tribal communities, where there are acute opioid concerns, and fails to address rising mail theft.

Rep. Emmer and the lawmakers requested that Califf answer several questions to clarify several items of concern, such as what federal agencies the FDA consulted with to develop the proposed rule, and whether the FDA studied the cost of implementing its mail-back proposal, and if so, what the expected costs are and what parties would bear them, among others.