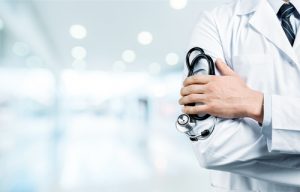 U.S. Reps. Rodney Davis (R-IL), John Katko (R-NY), and Brian Fitzpatrick (R-PA) joined 35 other original cosponsors to introduce the bipartisan Resident Physician Shortage Act of 2021, which aims to reduce a physician shortage in America that the Association of American Medical Colleges predicts could reach up to 121,300 physicians by 2030.

“Like many critical professions, our nation is facing a shortage of physicians. As our population grows and ages, it’s vital that we do everything we can at the federal level to remove barriers to encourage more individuals to enter the medical profession,” Rep. Davis said.

To become a practicing doctor in the United States, medical school graduates must complete a residency program. However, for the past two decades, an artificial cap on the number of residents funded by Medicare has limited the expansion of training programs and the number of trainees, according to the lawmakers.

On March 26, the legislators cosponsored H.R. 2256 with bill sponsor U.S. Rep. Terri Sewell (D-AL) to increase the number of Medicare-supported residency positions by an additional 2,000 positions each year from 2023 to 2029, for a total of 14,000 residency positions, according to the text of the bill.

“Our bipartisan legislation provides teaching hospitals with the tools they need to increase the number of students they can host for their residency training, helping to alleviate the physician shortage,” said Rep. Davis.

Rep. Katko noted that as the nation faces an impending physician shortage, “we need to do more to allow teaching hospitals and academic medical centers to train more healthcare professionals.”