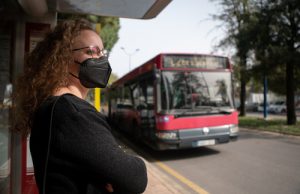 The Small Community Transit Improvement Act of 2021, H.R. 2306, would increase the allotment for the Small Transit Intensive Cities (STIC) Program from 2 percent to 3 percent for urban areas with populations of less than 200,000 to keep up with the growth of the program.

“The Small Transit Intensive Cities Program (STIC), which rewards high performing small transit systems, has been incredibly successful over the years at supporting transit in communities in central Illinois and across the country,” said Davis, who serves as Ranking Member of the U.S. House Transportation and Infrastructure Subcommittee on Highways and Transit.

“I have four prime examples of cities in my district that have benefited from this program, including Bloomington-Normal, Champaign-Urbana, Springfield, and Decatur,” he said. “Our bipartisan bill ensures funding for this program is keeping up with demand so we can continue to help successful, small transit systems like these make investments to improve efficiency and service.”

Authorized under the Safe, Accountable, Flexible, Efficient Transportation Equity Act: A Legacy for Users (SAFETEA-LU), the STIC Program provides funds to small-urban transit providers that serve populations between 50,000 and 200,000. Providers must meet at least one of the program’s six measurable performance criteria established annually by the average service levels of larger public transit agencies in order to benefit from the program.

The Fixing America’s Surface Transportation Act of 2015 increased STIC funding from 1.5 percent to 2 percent. A new increase to 3 percent, however, will provide much-needed boost for the successful transit providers in the program, Rep. Davis’ office said.

“Investing in our country’s growing transportation needs is critical, so MTD supports Congressman Davis’s efforts to expand investment in small urban transit systems by increasing the STIC set-aside from 2% to 3%,” Gnadt said. “This 1% increase will provide much-needed support as more communities become eligible for STIC funding.”