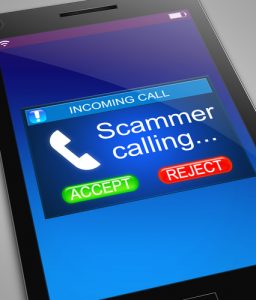 The letter specifically asked Wilkie to ensure that the VA was taking necessary steps to alert veterans to targeted scams and to gather information about what protective steps the department has already taken. It was co-signed by the 12 members of the Aging Committee, including Committee Ranking Member Bob Casey (D-PA).

Prior to the letter, Sens. Collins and Casey held a committee hearing on Nov. 6 that focused on the importance of preventing veteran-targeted scams and aggressively prosecuting the individuals behind the scams.

“One issue that calls for our immediate action is to fight a newer enemy facing our veterans – relentless criminals who seek to rob them of their life savings and defraud them of the benefits they have earned in service to our country,” Sen. Collins said. “Veterans and their families have a right to expect that the nation they served will fight to protect them.”

According to a 2017 AARP study noted by Sen. Collins’ office, veterans were twice as likely to lose money to scams than non-veterans, with 80 percent of those being targeted with scams pertaining to their veteran status.

“As scammers become more sophisticated in their efforts, it is imperative that VA play an active role in combatting financial exploitation posed by scammers,” the senators wrote to Wilkie.

“Veterans and their families have a right to expect that the nation they served will fight to protect them from such unscrupulous tactics… It is critical that Congress fully understands how our nation’s veterans are affected by financial fraud, and what Veterans Affairs is doing to protect them.”