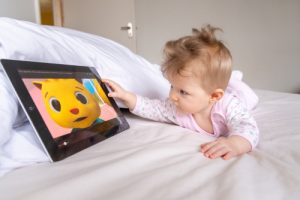 The research would specifically focus on core areas of cognitive, physical, and socio-emotional development and investigate the impact of exposure to and the use of media and technologies, including, mobile devices, computers, social media, online applications and websites, television and motion pictures, artificial intelligence, video games, and virtual and augmented reality.

“As technology and media continue to change, so does the manner in which young people interact with it on a daily basis. There is little research, however, on the effects these devices have on their short- and long-term health and development,” Sen. Collins said.  “Over the course of the pandemic, screens have dominated the way that children interact with the world and social isolation is prevalent. Our bipartisan bill would provide NIH with the resources they need to conduct this important research.”

According to kids tech firm SuperAwesome, screen time use among children was up 50 percent at the beginning of the COVID-19 lockdowns in March 2020. In March 2021, the firm noted that the percentage has not changed.

Additionally, Common Sense Media released a new report, “Coping with COVID-19: How Young People Use Digital Media To Manage Their Mental Health,” that found one in four young people say they are on social media “almost constantly.” This reflects a 17 percent increase from 2018 numbers.