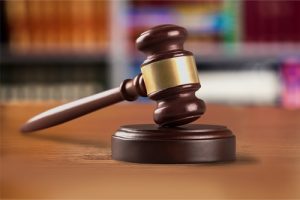 House Oversight and Government Reform Committee Chairman Jason Chaffetz (R-UT) and House Judiciary Committee Chairman Bob Goodlatte (R-VA) argued on Monday that Hillary Clinton should be charged with perjury for her congressional testimony about the use of a private email server.

In a letter to U.S. Attorney for the District of Columbia Channing Phillips, Chaffetz and Goodlatte noted several instances in which Clinton’s sworn testimony contradicted the FBI’s investigation into her use of a private email server while secretary of state.

“During a House Select Committee on Benghazi hearing on October 22, 2015, Secretary Clinton testified with respect to (1) whether she sent or received emails that were marked classified at the time; (2) whether her attorneys reviewed each of the emails on her personal email system; (3) whether there was one, or more servers that stored work-related emails during her time as Secretary of State; and (4) whether she provided all her work-related emails to the Department of State,” Chaffetz and Goodlatte wrote.

Although other areas of Clinton’s sworn testimony were at odds with the FBI’s findings, those four areas bear “specific scrutiny in light of the facts and evidence FBI Director James Comey described,” Chaffetz and Goodlatte added.

The letter notes that Clinton testified that she had provided the State Department with copies of all of her work-related emails, contradicting Comey’s testimony before the House Oversight and Government Reform Committee in July.

“We found work-related emails, thousands, that were not returned,” Comey testified.