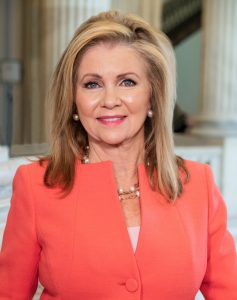 “Confucius Institutes as they currently operate are an affront to academic freedom, and we should not bow to repressive Chinese propaganda systems,” said Sen. Blackburn on March 12. “It is time to put some serious distance between Confucius Institutes and American universities.”

Congressional actions have resulted in the closure of several Confucius Institutes, according to Sen. Blackburn’s office, but many remain open and operating in the United States.

In part one of her effort, Sen. Blackburn on March 12 sponsored the Transparency for Confucius Institutes Act, S. 3453, with seven GOP cosponsors. If enacted, S. 3453 would clearly delineate between the Confucius Institutes’ programs and their own Chinese language programs; remove the Chinese assistant director position from institutes; and subject the staff and professors to appropriate background checks, among other provisions, according to a bill summary provided by the senator’s office.

Sen. Blackburn also led the same cosponsors of S. 3453 in part two of her effort, a request that U.S. Education Secretary Betsy DeVos exert necessary oversight of these institutes.

“We write to bring your attention to concerns regarding the presence of Confucius Institutes at colleges and universities that receive federal funds through the Department of Education,” Sen. Blackburn and her colleagues wrote in a March 12 letter sent to DeVos.

The lawmakers pointed out that the fiscal year 2019 National Defense Authorization Act specifically prohibited the use of U.S. Department of Defense funds for Chinese language instruction provided by a Confucius Institute, or even a Chinese language program at institutes of higher education (IHEs) that host such an institute.

“Underscoring these concerns is the lack of transparency concerning the manner in which these institutes operate, and ambiguity regarding the separation of taxpayer funds under Title VI of the Higher Education Act from the funds IHEs receive to operate or manage these institutes as part of a foreign language program,” according to their letter.

Sen. Blackburn and her colleagues requested that DeVos answer several questions, including whether such agreements between the two conflict with the Higher Education Act.