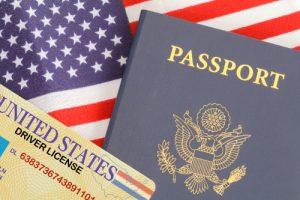 Sen. Blunt sponsored the Adoptee Citizenship Act of 2021, S. 967, with five original cosponsors, including Sens. Collins and Mazie Hirono (D-HI), to close a loophole in the Child Citizenship Act of 2000 (CCA), which has prevented internationally adopted children, who are now adults, from receiving U.S. citizenship despite being raised by American parents, according to a statement released by the lawmakers.

“Adults who were adopted from abroad as children and raised in the U.S. by American parents should not be penalized because of the arbitrary age cutoff in the Child Citizenship Act,” Sen. Blunt said. “For many of these adults, the United States is the only home they have ever known. It is simply unreasonable for them not to be able to obtain U.S. citizenship and the rights that come with it.”

The CCA guarantees citizenship to most international adoptees, but the law only applies to adoptees who were under the age of 18 when the law took effect on Feb. 27, 2001, according to information provided by Sen. Blunt’s office.

If enacted, S. 967 would fix this technicality by making citizenship automatic for international adoptees who were legally adopted by U.S. citizens as children, regardless of how old they were when the CCA took effect.

“It is simply not right that international adoptees who were legally adopted in the United States are being denied citizenship due to a loophole in current law,” said Sen. Collins. “Our bipartisan bill would address this loophole to allow these individuals to finally become American citizens. I encourage our colleagues to support it.”

S. 967 has garnered support from the nation’s leading adoption advocacy organizations, including the Adoptee Rights Campaign, the National Asian Pacific American Bar Association, the National Council For Adoption, the Congressional Coalition on Adoption Institute, Adoptee Advocacy, the Center for Adoption Policy, the Family Coalition for Adoptee Citizenship, and Holt International.