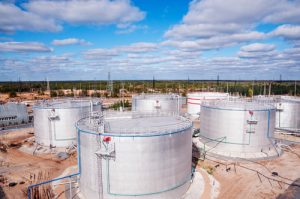 “Instead of unleashing oil and gas leasing on federal lands or asking U.S. companies to increase crude supplies, the president has repeatedly asked OPEC, as well as pressuring China, Japan, Korea and India, to increase oil production,” Rep. Bice said. “We should not rely on foreign supplies to lower U.S. gas prices, nor should we use our emergency reserves.”

“We should not extract oil from the SPR to address a self-inflicted crisis caused by this administration,” they wrote. “We must continue to reserve the world’s largest supply of emergency crude for national emergencies that cannot otherwise be prevented.”

Rep. Bice and her colleagues suggested that it would be in the nation’s best interest to reopen oil and gas production on federal lands, which would equate to a 20 percent increase in domestic oil production, according to their letter.

“If we were to withdraw reserves from the SPR that are currently priced at $29/per barrel and forced to replace them at a cost of over $80/per barrel (and growing), we would be creating another economic nightmare for taxpayers,” the members wrote.

The lawmakers also noted that encouraging domestic oil and gas production would help create American jobs, energy independence from Russia and the Middle East, and cheaper visits to the pump.

“Resorting to withdrawals from the SPR only postpones reality and creates larger economic concerns for the future,” wrote Rep. Bice and her colleagues. “At a time when we will undoubtedly have harsh winter storms and hurricanes, along with an uncertain global geopolitical environment, future withdrawals from the SPR may be urgently needed. We must ensure the SPR is fully stocked and able to protect Americans the way it was intended to.”