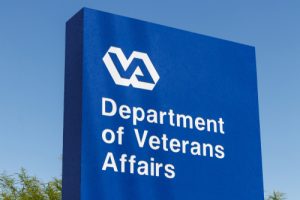 The congressman said he introduced the Veterans Benefits Fairness and Transparency Act to protect veterans by ensuring that the time it takes to file and receive a fair decision on a disability claim is not delayed.

Rep. Barr sponsored the legislation, H.R. 6493, to require the VA to continue to make available on its website disability benefits questionnaires (DBQs) that medical providers and others assisting veterans use to submit evidence supporting disability claims, according to a bill summary provided by the lawmaker’s office.

Recently, the Veterans Benefits Administration (VBA) announced it would stop making DBQs available on its website, a decision that could undermine veterans’ ability to submit evidence in support of disability compensation, according to Rep. Barr’s office.

“Veterans should not have their disability claim delayed or denied because the VA changed their DBQ form during the application process,” said Rep. Barr on April 16. “Additionally, veterans’ disability claims should not be stalled during the COVID-19 pandemic and veterans, their representatives and medical providers should retain uninterrupted access to DBQ forms online throughout the duration of the public health crisis.”

If enacted, H.R. 6493 also would reduce bureaucratic inefficiencies by requiring the VBA to accept a veteran’s DBQ for one year after it is completed and filed with the VBA, regardless of any changes or updates made to the form by the VBA, according to the bill summary.

H.R. 6493 has been referred for consideration to the U.S. House Veterans’ Affairs Committee.