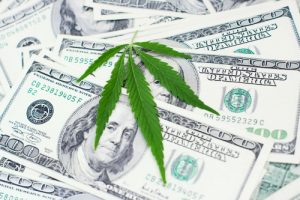 H.R. 1595, which the U.S. Senate received on Sept. 26 for consideration, generally prohibits a federal banking regulator from penalizing a depository institution for providing banking services to a legitimate marijuana-related business, according to the congressional record summary.

The bill now includes amendments offered by Rep. Barr that would permit banks and other financial services companies to serve legally operating hemp and cannabidiol (CBD) businesses; would clarify that banks don’t need to file suspicious activity reports for transactions related to hemp or hemp-derived products; and would direct federal banking regulators to confirm the legality of hemp and provide best practices for financial institutions serving related businesses.

“At a time when hemp-related businesses are booming, many Kentucky hemp farmers and businesses are experiencing roadblocks when it comes to accessing banking and financial services,” said Rep. Barr. “While banks and credit unions want to serve these businesses, they often have concerns about possible legal implications.”

“In my opinion, it’s the height of hypocrisy for the federal government to accept tax money from cannabis-related businesses in Nevada, while at the same time, banning them access to the banking system,” Rep. Amodei said.

Additionally, the Nevada congressman said that when such companies are forced to operate exclusively on a cash basis, they become “soft targets for criminal activity” while preventing oversight “of billions of dollars in revenues for regulatory compliance purposes.”

H.R. 1595 has been referred to the U.S. Senate Banking, Housing, and Urban Affairs Committee, which is already considering the same-named Senate companion bill, S. 1200.