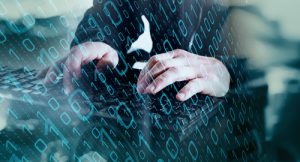 “Americans are alarmed at the dramatic increase in cyber attacks on private companies, including the recent ransomware attacks on Colonial Pipeline and the JBS meatpacking facility in Nebraska,” Rep. Bacon said. “The federal response to these cyber incidents was inadequate and exposed gaps and confusion in how we defend our critical infrastructure.”

The Colonial Pipeline Co. attack in May was the largest-ever cyber attack on energy infrastructure and caused disruptions to fuel delivery throughout the United States. The ransomware attack that quickly followed on the world’s largest meat supplier, JBS, disrupted operations at nine U.S. meat processing plants.

Rep. Bacon on Oct. 21 sponsored the DHS Roles and Responsibilities in Cyber Space Act, H.R. 5658, which would require the Secretary of Homeland Security to submit a report on the cybersecurity roles and responsibilities of the federal government. Original cosponsors of the bipartisan bill include three members of the U.S. House Homeland Security Committee: U.S. Reps. John Katko (R-NY), Andrew Garbarino (R-NY), and Ritchie Torres (D-NY).

The bill, if enacted, would require the Secretary of Homeland Security, in coordination with the director of the Cybersecurity and Infrastructure Security Agency, to submit the report to Congress within one year.

“It’s clear that our cyber incident response framework must evolve to match the threat,” Rep. Bacon said. “This bill will set the conditions for improvements in our national cyber defenses by requiring the Secretary of Homeland Security to conduct a thorough review of its cyber incident response plans, including how it works with private sector entities, and provide recommendations for improvement.”