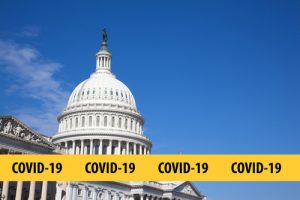 U.S. Reps. Fred Upton (R-MI) and Elise Stefanik (R-NY) on Tuesday introduced a bipartisan, bicameral bill that would provide $500 billion in emergency funding to every state, county and community across the nation and prioritize assistance to the areas having the greatest need.

“Our nation is facing unprecedented challenges that require a historic response,” Rep. Upton said. “States and local communities have been working overtime to address this crisis, and many — including Michigan — now have severe revenue shortages. I have been in contact almost daily with the governor and local leaders. It is abundantly clear from my discussions with them that our states and small communities need help, and this bipartisan legislation is the right solution to get resources into the right hands.”

Reps. Upton and Stefanik are original cosponsors of the State and Municipal Assistance for Recovery and Transition (SMART) Act, H.R. 6954, with bill sponsor U.S. Rep. Mikie Sherrill (D-NJ), which would establish a Coronavirus Local Community Stabilization Fund, according to the congressional record summary.

Among the members joining Reps. Upton and Stefanik in cosponsoring the bill are U.S. Reps. Tom Reed (R-NY) and Brian Fitzpatrick (R-PA). The same-named S. 3752 was introduced on May 18 by U.S. Sens. Bill Cassidy (R-LA) and Bob Menendez (D-NJ) in their chamber.

Rep. Stefanik said she’s also spoken with local elected officials from across her district who have faced severe revenue shortages as a result of the COVID-19 shutdown.

“The SMART Fund will provide direct, flexible assistance to our local governments and municipalities to help them get back on their feet,” said Rep. Stefanik on Tuesday. “I will continue to work with my colleagues in a bipartisan fashion in order to ensure that our communities continue to receive critical support throughout this crisis and beyond.”

If enacted, the measure would bolster the $150 billion Congress provided to assist state and local governments in the Coronavirus Aid, Relief, and Economic Security (CARES) Act by adding an additional $500 billion in funding. The bill also would eliminate the current 500,000 resident population threshold so that every state, county, municipality, U.S. territory, and the District of Columbia would qualify for direct federal assistance, regardless of its size, according to a bill summary provided by the lawmakers.

Under the formula, for example, if a state is awarded $6 billion in SMART funds, $4 billion would go to help stabilize the state government, $1 billion would be split among its counties and the remaining $1 billion dispersed to each of its municipalities based upon the respective criteria in each tranche.

All states, Puerto Rico and the District of Columbia would receive a minimum of $2 billion combined from the first two tranches in addition to their allocation from the third tranche, the summary says.