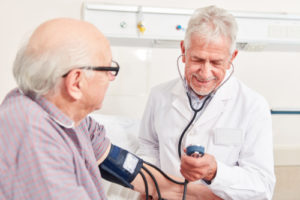 “I have been fighting for this change to make the enrollment process easier since coming to Congress,” said Rep. Smucker on Monday. “I will work to secure support from my colleagues on both sides of the aisle, and look forward to this bill’s passage.”

The Medicare Enrollment Protection Act of 2022, H.R. 8791, which Rep. Smucker cosponsored alongside bill sponsor U.S. Rep. Kurt Schrader (D-OR) and four other original cosponsors, would help protect seniors from potential coverage gaps and late enrollment penalties when they enroll in Medicare Part B after their COBRA coverage expires, according to a bill summary provided by the lawmakers.

“This legislation is a commonsense effort to make health care more affordable for American seniors by providing a transition period before Medicare late enrollment penalties are applied,’’ Rep. Smucker said. “Seniors should be able to make their own choices and enroll in Medicare at an age that makes sense for themselves, not one set by the federal government.”

Under current law, seniors must enroll in Medicare Part B within three months of turning 65, according to information provided by Rep. Smucker’s office. While those having employer coverage who continue working past 65 are allowed an exception to this rule, COBRA coverage does not qualify and seniors who choose to continue through COBRA without enrolling in Medicare face waiting periods of up to a year before they can begin receiving coverage, as well as increased Part B premiums and other penalties, the information says.

If enacted, H.R. 8791 would address this loophole in the enrollment process by creating a transition period that allows seniors on COBRA to enroll in Part B during any month in which COBRA coverage is active. And as long as a person enrolls in Part B coverage before the COBRA coverage ends, he or she would not face a permanent Part B late enrollment penalty, according to the information.

“For far too long, the Medicare enrollment process has been overly complicated and burdensome,” Rep. Schrader said. “Well-intended seniors, one of our most vulnerable populations, should not face unintended consequences that can limit their access to coverage and subsequent care.”