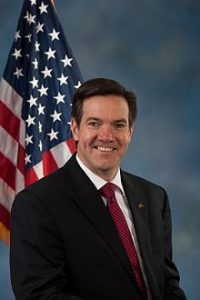 Jenkins discussed the negative impact the stream buffer zone rule would have on West Virginia’s coal communities in a recent call with White House Office of Information and Regulatory Affairs Administrator Howard Shelanski.

“Not only would the stream buffer zone rule halt countless coal mines, it also represents this administration’s ideologically driven agenda that ignores the will of Congress and the voices of the states,” Jenkins said.

The stream buffer zone rule, which is being drafted by the White House Office of Surface Mining Reclamation and Enforcement (OSM), would prohibit surface mining from taking place within 100 feet of any stream or river unless a specific exemption has been granted.

“I called Administrator Shelanski to make sure he personally heard how this rule will hurt West Virginia, and I asked him to reconsider this proposal and its many flaws. West Virginia has lost tens of thousands of coal mining jobs in just the past few years, and this rule threatens more.”

In response, the House of Representatives approved the Supporting Transparent Regulatory and Environmental Actions in Mining (STREAM) Act, H.R. 1644, in December, a bill that would require OSM to make certain scientific information public while promulgating rules. OSM has failed to get feedback from states about the rule, Jenkins said.