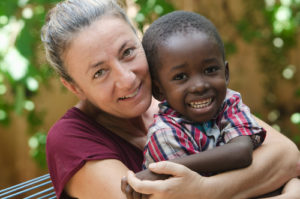 The Intercountry Adoption Information Act, S. 938/H.R. 1952, would amend the Intercountry Adoption Act of 2000 to require the U.S. Secretary of State to report to Congress on intercountry adoptions from countries that have significantly reduced adoption rates involving immigration to the United States, among other provisions, according to the congressional record.

“Far too often, American families trying to adopt a child abroad face difficulties navigating the intercountry adoption process,” Sen. Burr said. “That is why I am proud to reintroduce this bill, which will bring to light the detrimental barriers that thwart adoptions and require the State Department to share the ways they are working to remove these barriers.”

“Millions of children at home and abroad are in need of a loving home and families all across the globe are eager to provide them with the care and support they deserve,” said Rep. Collins. “The Intercountry Adoption Information Act will help bring families together by ensuring parents pursuing overseas adoption … have access to the information required to navigate the international adoption landscape and ultimately to bring their children home.”

Current law requires the U.S. State Department to provide an annual report on intercountry adoptions that includes information on the number of such adoptions, the countries of origin for adopted children, and information on adoption agencies, according to information provided by Sen. Burr’s office.

“I am proud to join Rep. Collins in introducing the Intercountry Adoption Information Act so families who chose to pursue overseas adoptions are aware of how changing international adoption laws might affect them,” said Rep Langevin.

Sen. Blunt, who is co-chair of the Congressional Coalition on Adoption, urged his colleagues to support the measure and said he will “continue promoting policies that help families open their homes to a child in need.”

“Adoption should be a meaningful and profound process for families who wish to provide a safe and loving home for children,” added Sen. Cardin. “Unfortunately, lack of access to information on foreign adoptions has added unnecessary barriers and frustration.”

During the previous Congress, Sen. Burr and Rep. Collins introduced the same-named S. 3163 and H.R. 5626. The U.S. House of Representatives version received voice vote approval in July 2018 and was referred to the U.S. Senate Foreign Relations Committee, where the bills did not receive further action.

The reintroduced H.R. 1952 has been referred to the U.S. House Foreign Affairs Committee for consideration while S. 938 is under review in the Senate Foreign Relations Committee.

“I hope the Senate will quickly pass this commonsense legislation so we can better equip families with the tools needed to welcome a child into their home,” Sen. Burr said last week.