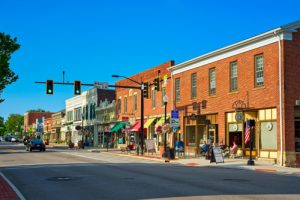 “The coronavirus pandemic hit small businesses in local communities across the country,” said Sen. Wicker, ranking member of the U.S. Senate Commerce, Science, and Transportation Committee. “This legislation would support economic development on Main Streets in small towns across America and in Mississippi.

“It would also empower rural, low-income, and minority-owned businesses through direct funding and technical assistance,” he added.

The Revitalizing Small and Local Businesses Act, S. 3340, which Sen. Wicker cosponsored alongside bill sponsor U.S. Sen. Alex Padilla (D-CA), would create a new competitive grant program through the Economic Development Administration (EDA) for nonprofits, business districts and Main Street organizations that provide assistance to small businesses in both urban and rural communities, according to a bill summary provided by the lawmakers.

If enacted, S. 3340 would authorize $250 million for the grant program over the next five years to fund community-based initiatives to help small businesses identify resources and develop skills to retain and create jobs, the summary says.

Additionally, the bill would require national nonprofits that apply for the grants to work with locally based nonprofit or public community and economic development partners, according to the summary.

S. 3340 has been referred for consideration to the U.S. Senate Environment and Public Works Committee.