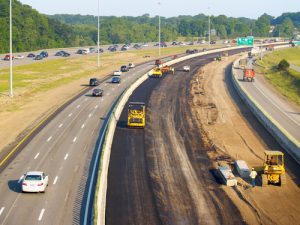 U.S. Sen. Roger Wicker (R-MS) last week sponsored bipartisan legislation that would give state and local governments the ability to use advance refunding of tax-exempt bonds to free up immediate and flexible cash to fund projects of value to their communities.

S. 479 would amend the federal tax code to restore state and local governments’ ability to use advance refunding to manage bond debt and reduce borrowing costs for public projects, according to a bill summary provided by Sen. Wicker’s office, which noted that advance refunding is a process similar to how a homeowner might refinance a mortgage to lock in a lower interest rate.

The federal tax-exempt debt could be refinanced once under S. 479, but local communities would be able to take advantage of the lower interest rates to generate additional savings on existing bonds, according to the summary, and local governments could reinvest their savings to fund infrastructure, education, health care, or other capital improvement projects.

“At a time when interest rates are at historic lows, Congress should allow our local governments to seize this opportunity and pass along savings to their communities,” said Sen. Wicker.