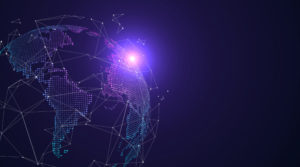 “In today’s hyper-connected world, the U.S. finds itself at a critical moment,” Sen. Young said. “Digital trade is becoming the new frontier in economic strength, particularly in the post-pandemic economy. It is time to prioritize connectivity and the subsequent adoption of digital governance to shape regional norms and provide an alternative to restrictive policies promoted by our adversaries like China.”

“Digital trade is an engine for economic growth and a vehicle to promote American values and standards around the world,” said Rep. LaHood. “Supporting free and open digital trade policies will support our broader trade and economic strategy, help U.S. industries remain competitive in the global marketplace, and support our national security interests.”

In 2020, U.S. exports of digital services surpassed $520 billion, accounting for more than half of all U.S. services exports and generating a digital services trade surplus of $214 billion, according to information provided by the lawmakers that noted the COVID-19 pandemic increased demand and reliance on digital technologies and services, data flows, and e-commerce.

“As the U.S. is positioned to lead in the digital space, our resolution encourages American leadership on digital trade rules in order to secure 21st-century opportunities for Hoosiers, small businesses, manufacturers, and domestic service industries,” said Sen. Young.

Specifically, the resolution calls for the White House to negotiate inclusive, forward-looking and enforceable rules on digital trade and the digital economy with like-minded countries as part of a broader trade and economic strategy that addresses trade barriers and ensures that the American values of democracy, rule of law, freedom of speech, human and worker rights, privacy, and a free and open internet are at the core of the digital world and advanced technology, according to the resolution’s text.

“As co-chair of the bipartisan Digital Trade Caucus, along with Rep. Suzan DelBene, I will continue to advocate for a robust and proactive trade agenda that strengthens the American economy and empowers the U.S. to work with our partners and allies to set rules and standards in the evolving digital trade marketplace,” Rep. LaHood said.