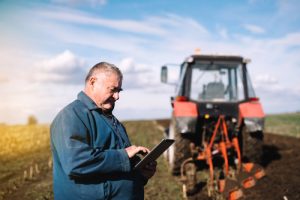 “Each day that the commission spends vetting long-form applications is another day that unserved Americans go without the high-speed broadband that is essential to everyday life,” the senators wrote in a July 15 letter sent to FCC Acting Chairwoman Jessica Rosenworcel. “We urge the FCC to move quickly to finish this process and begin authorizing support to winning bidders.”

The FCC in December 2020 completed the RDOF Phase I auction, which tentatively awarded $9.2 billion over 10 years to more than 300 bidders to deploy high-speed broadband services to approximately 5.2 million unserved homes and businesses in 49 states.

“Nearly seven months have passed since the auction concluded and the commission has not distributed any funds to winning bidders,” wrote Sens. Wicker and Thune. Sen. Wicker is ranking member of the Senate Committee on Commerce, Science, and Transportation, while Sen. Thune is ranking member of the Subcommittee on Communications, Media, and Broadband.

“We write to request a status update on the FCC’s long-form application review process… [which] is critical to ensuring that winning bidders are capable of fulfilling their legal, technical and financial obligations under the program and can deliver broadband services to rural areas as promised,” according to their letter. “Notably, the FCC cannot authorize money to winners until it reviews and approves a given provider’s long-form application.”

The senators also pointed out that in January, they joined a letter to then-FCC Chairman Ajit Pai requesting that the agency properly vet winning bidders in a public manner and that it consider opportunities for public input on the applications.

“Despite these requests, the FCC’s review process remains unclear,” they wrote. “Months have passed since winners submitted their long-form applications and the agency has remained almost entirely silent about the status of its review and plans to authorize money to winning bidders.”

While the senators noted that they recognize the complexity of the process, they also think that the FCC’s prolonged evaluation of long-form applications must become more transparent and efficient.

They also asked that Rosenworcel provide answers by July 29 to several questions, including how many long-form applications have been reviewed by the FCC, how many FCC staff are participating in the review process, and whether the FCC plans to complete a review of all long-form applications before authorizing funding to the approved winning bidders, among others.