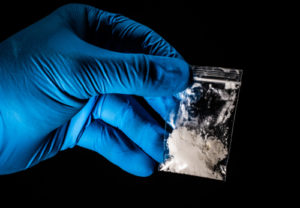 U.S. Sen. Roger Wicker (R-MS) and U.S. Rep. Dave Joyce (R-OH) are working to ensure the Prevent Exposure to Narcotics and Toxins (PREVENT) Act of 2022 is included in the final version of the National Defense Authorization Act (NDAA) for Fiscal Year 2023.

Sen. Wicker on Nov. 16 signed on as an original cosponsor of the bipartisan PREVENT Act of 2022, S. 5114, which is sponsored by U.S. Sen. Sherrod Brown (D-OH) to help protect border patrol and other U.S. Department of Homeland Security (DHS) agents from secondary exposure to dangerous drugs, including synthetic opioids, by providing drug containment devices and enhanced training to frontline employees.

“Synthetic opioids are wreaking havoc nationwide, and it is vital that Congress equip our law enforcement officers with the tools and training to help bring this crisis under control,” Sen. Wicker said. “Better preparing our border patrol agents to handle these deadly drugs will help to keep them safe so they can keep working to stop narcotics at the source.”

The U.S. House of Representatives version of S. 5114 was included in the House-passed NDAA, H.R. 7900, according to a Nov. 1 letter Rep. Joyce and Sen. Brown sent to congressional leadership.

Specifically, Rep. Joyce and Sen. Brown wrote that the containment devices included in the bill would help “provide another layer of protection to agents beyond PPE by reducing any possible exposure through creating a controlled environment.”

The devices also would better help preserve chemical substances for later forensic analysis and improve the success of investigations, they wrote.

Sen. Wicker agrees and in a bill summary of S. 5114 provided by his staff, noted that if enacted, the bill would direct the DHS Secretary and the Commissioner of U.S. Customs and Border Protection to purchase containment devices for all frontline border patrol agents and provide training for their effective use.

Additionally, S. 5114 would require that officers are trained on how to use containment devices to prevent potential synthetic opioid exposure, the summary says.

S. 5114 is under consideration in the U.S. Senate Homeland Security and Governmental Affairs Committee.