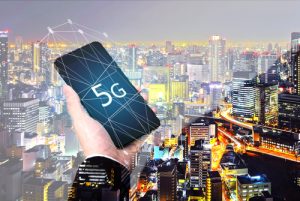 Public-private partnerships will enable the United States to effectively provide fifth-generation wireless network technology, said U.S. Rep. Greg Walden (R-OR) during a Jan. 29 discussion on the future of 5G at the 2018 State of the Net internet policy conference being held in Washington, D.C.

When asked about the future of 5G during the conference’s so-called fireside chat with former Federal Communications Commissioner Robert McDowell, Rep. Walden voiced skepticism that the U.S. government could run a complete architecture and network that is hack-free given that it “can’t protect the data of its own employees.”

“Nor do I think it’s in the best interest of the kind of culture and economy that we have here, that believes in capital investment from the private sector. We’re not Venezuela. We don’t need to have the government run everything as the only choice,” said Rep. Walden, chairman of the House Energy and Commerce Committee.

“We need to make sure these networks are safe and secure. We know there are bad actors out there and in different countries trying to infiltrate our networks, you’ve got to have partnership here for the security of the networks. Government taking it over, controlling it, is clearly not the way to go,” the congressman said.

Regarding net neutrality, Walden emphasized the importance of compromise and certainty.

“We ought to be able to come to find common ground to prevent the bad behaviors that all of us can agree upon — throttling, blocking,” he said. “We’re going to have a hearing on paid prioritization because that gets into how the internet works today. You have a situation where traffic is prioritized today. 911 calls should be prioritized over watching some crazy cat video on YouTube.”

Certainty, the lawmaker said, also will be needed in order to drive investment and innovation.

“If we just continue on with litigation versus litigation, administration versus administration, America will move further back and back in innovation,” Walden said. “And I don’t want that to happen. I want broadband investment to go up, not go flat.”