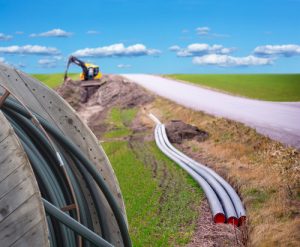 Due to concerns about overbuilding, interagency coordination, and the mismanagement of appropriated funds, U.S. Reps. Greg Walden (R-OR), Bob Latta (R-OH), and several of their Republican colleagues on the U.S. House Energy and Commerce Committee this week called for a federal audit of the Rural eConnectivity Pilot Program, which funds high-speed broadband internet deployment in America’s rural areas.

Known as the ReConnect Pilot Program within the U.S. Department of Agriculture (USDA), the temporary program in March 2018 was appropriated $600 million in new funding when the Consolidated Appropriations Act of 2018 was enacted into law. Congress in 2019 and 2020 subsequently appropriated more than $1.45 billion to the pilot program, the lawmakers wrote in a Nov. 23 letter requesting an audit from U.S. Government Accountability Office (GAO) Comptroller General Gene Dodaro.

“As the committee of jurisdiction on communications policy, it is our responsibility to ensure federal programs to expand broadband infrastructure and connect all Americans are administered efficiently and effectively,” wrote the lawmakers in their six-page letter. “Without appropriate oversight, however, we are concerned that this program could overbuild existing federally and privately supported broadband networks.”

“As GAO and others have reported, access to broadband infrastructure is critical for economic development, educational and job opportunities, and public health and safety,” according to their letter. “Yet, overbuilding broadband networks diverts scarce budget resources from unserved areas to areas where broadband is available or will be made available through private investment or other federal resources.”

Specifically, the members requested “an in-depth GAO audit” of broadband support provided by the Rural Utilities Service (RUS), the USDA agency responsible for implementing and administering the ReConnect program.

Additionally, the congressmen posed several questions about how USDA coordinates its administration of the ReConnect program and other broadband programs, including the Universal Service Fund (USF), the nation’s main federal broadband support program administered by the Federal Communications Commission (FCC).

The congressmen wrote that the FCC awards more than $4 billion annually to support broadband deployment in high-cost areas, similar to the areas purported to be served through the ReConnect Pilot Program, and also collects national broadband availability data that serves as the basis for the efficient use of such funds.

“We request GAO review whether USDA coordinates effectively with the FCC to ensure RUS funds, including those made available for the ReConnect Pilot Program, are not sent to areas also receiving USF funds,” the lawmakers wrote.

The members asked Dodaro to report to them “in a timely manner” as RUS is currently accepting applications to award hundreds of millions of federal dollars in grants, loans and loan guarantees.