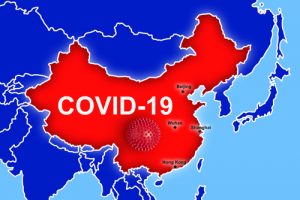 U.S. Rep. Ann Wagner (R-MO) this week sponsored legislation that would hold China accountable for its actions during the COVID-19 pandemic.

“China took deliberate, reckless action that allowed the coronavirus to spread, killing millions worldwide. This is not a matter up for debate and they must be held accountable,” Rep. Wagner said on Tuesday. “When the world should have been working together to respond to the coronavirus outbreak, China was silencing scientists who dared speak out.”

Rep. Wagner introduced the Compensation for Americans Act, H.R. 3882, which has seven Republican cosponsors including U.S. Rep. Bill Johnson (R-OH), to initiate negotiations for a bilateral agreement on compensation between the United States and the People’s Republic of China relating to the spread of the virus responsible for COVID-19, according to the congressional record bill summary.

If enacted, H.R. 3882 “will make sure China pays for their corrupt, unethical and dangerous actions,” said Rep. Wagner, who noted that she first introduced similar legislation during the previous congressional session, but it was blocked from a vote by Democrats.

“It’s time to pass the Compensation for Americans Act and send a message to China that the United States will not stand for such horrific acts,” the congresswoman said.

The legislation would direct the U.S. president to freeze any necessary Chinese assets in the United States as an action toward reaching a bilateral agreement with China, and to create a public repository of Chinese assets and holdings in the U.S., according to a bill summary provided by Rep. Wagner’s office.

Additionally, the president would be directed to impose sanctions and/or travel restrictions on Communist Chinese Party officials, associates and family members, as well as Chinese medical equipment and pharmaceutical suppliers that have profited from the pandemic and Chinese entities involved in the theft of U.S. intellectual property, the summary says.

H.R. 3882 also would require the president to establish a fund to compensate Americans for damages caused by the COVID-19 pandemic. And U.S. representatives at international institutions would be required under the bill to work to remove China’s “developing nation” status at the World Trade Organization and to remove China’s eligibility for World Bank development loans, among other provisions.