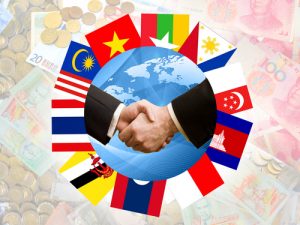 U.S. Rep. Ann Wagner (R-MO) on Feb. 15 proposed bipartisan legislation that would require a United States strategy for engagement with Southeast Asia and the Association of Southeast Asian Nations (ASEAN).

According to a one-page bill summary provided by Rep. Wagner’s office, ASEAN member states are vital to the prosperity of the U.S. economy and collectively generate over 500,000 U.S. jobs and invest more in the U.S. economy than China and India combined.

However, ASEAN countries, which straddle a critical stretch of ocean joining the Indian Ocean, the South China Sea, and the Pacific, have been the target of an increasingly aggressive Chinese push to assert dominance in the region, the summary states.

“A secure and independent Southeast Asia greatly benefits the United States and contributes to the prosperity of our local economies,” said Rep. Wagner. “With the People’s Republic of China aggressively seeking to expand its influence in the region via coercive diplomacy and predatory lending practices, it is more important than ever that the United States prioritize robust and sustained engagement with its Southeast Asian partners and allies.”

“ASEAN countries are looking for reassurance that the United States has their back as they try to maintain economic independence from China and defend their territorial claims in the South China Sea,” the summary says. “To date, the U.S. has never articulated a comprehensive strategy for the region. ASEAN diplomats and U.S. think tanks are eager for the U.S. to be on the record about its plans to engage with ASEAN; this bill will require the administration to do just that.”

If enacted, H.R. 1083 would direct the U.S. to develop a coherent and clearly communicated regional strategy that addresses all aspects of the relationship, from trade and humanitarian goals to diplomatic and security arrangements, according to Rep. Wagner’s office.

“This bill will strengthen our cooperation with ASEAN and enhance our partnerships in this strategically critical region,” she said.