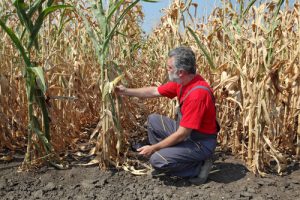 “Once again, my colleagues across the aisle refuse to acknowledge the fact that we have a crisis on our hands,” Rep. Valadao said. “I am incredibly disappointed that the majority rejected my amendments — real people need our help, and it’s clear the Democrats are unwilling to provide it. I will not stop fighting to bring a solution to the Central Valley.”

The congressman’s first amendment would have extended California water storage provisions of the Water Infrastructure Improvements for the Nation (WIIN) Act for one year, according to a summary provided by Rep. Valadao’s office, which noted that certain provisions of the WIIN Act are set to expire soon, or have already expired. The WIIN Act was signed into law in 2016 by President Barack Obama.

Rep. Valadao’s second amendment would have codified the law’s resulting biological opinions, which were independently peer-reviewed and informed by the best available science, the summary says.

The third proposed amendment would have provided funding to restore the conveyance capacity of canal infrastructure facilities to move flood flows to groundwater recharge areas to help farmers comply with new state laws related to groundwater pumping, according to the summary.

“I introduced three amendments to address California’s crumbling water infrastructure, storage issues and lack of operational flexibility for communities and farmers,” said Rep. Valadao. “Farmers across the Central Valley are being forced to tear up their crops to conserve water — crops that would have fed families across the United States and across the world. Communities in my district’s wells are drying up, if they aren’t already dry.”

The congressman added that whenever he meets with his constituents, “the same issue arises: the desperate need for water.”