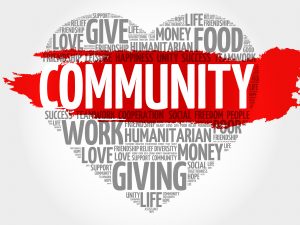 The U.S. House of Representatives on May 13 voted 246-169 to pass a bipartisan bill introduced by U.S. Rep. Glenn “GT” Thompson (R-PA) to update the Community Services Block Grant (CSBG) program.

“CSBG has not been reauthorized in more than two decades, and today’s bipartisan vote renewed our commitment to reducing poverty and strengthening communities across the country,” said Rep. Thompson.

The Community Services Block Grant Modernization Act of 2022, H.R. 5129, introduced in August 2021 by lead original cosponsor Rep. Thompson and bill sponsor U.S. Rep. Suzanne Bonamici (D-OR), advanced to the U.S. Senate, which on May 16 referred the measure for consideration to the U.S. Senate Health, Education, Labor, and Pensions Committee.

If enacted, H.R. 5129 would reauthorize the CSBG Act for 10 years at an increased annual level of $1 billion for the first five years and modify the program, which supports various anti-poverty activities, primarily through formula-based allotments to states, Indian tribes, and territories, according to the congressional record bill summary.

“The Community Services Block Grant is the only federal program with the explicit and over-reaching goal of reducing poverty, regardless of its cause,” Rep. Thompson said. “Virtually every county in the United States has a Community Action Agency, which works to help low-income individuals and families move from poverty to independence.”

In particular, H.R. 5129 would make changes to the CSBG program’s administration and leadership; performance measurement; and allotments to states and territories, and also would expand eligibility for services and activities funded by the program to 200 percent of the federal poverty line. Under current law, eligibility is generally set at the federal poverty line, the summary says.

“I’m pleased that the House passed this overdue update to CSBG with strong bipartisan support,” said Rep. Bonamici. “Now the Senate must take up this legislation to modernize and strengthen one of our nation’s most important anti-poverty programs so Community Action Agencies can continue to meet the unique needs of our communities.”