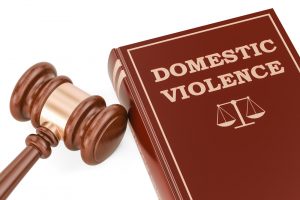 With only a few legislative days remaining to prevent a lapse in authorization, U.S. Reps. John Katko (R-NY) and Rodney Davis (R-IL) led colleagues in urging U.S. House leaders to quickly advance a vote on the bipartisan Violence Against Women Act (VAWA), which is set to expire
Sept. 30.

“Our members have been leaders on this issue and want to continue the bipartisan tradition of this important legislation to protect victims and prevent acts of domestic and sexual violence,” said Rep. Davis, chairman of the Republican Main Street Caucus, in a Sept. 10 statement.

“We are running out of time and we would like leadership to bring a bipartisan bill to the floor soon,” Rep. Davis said. “This legislation has contributed significantly to the nation’s overall declining rates of domestic abuse and we should not allow a lapse in authorization.”

Reps. Katko and Davis led 44 other members of the Republican Main Street Caucus to urge action on the VAWA in a Sept. 7 letter they sent to U.S. Speaker of the House Paul Ryan (R-WI) and House Majority Leader Kevin McCarthy (R-CA).

Since becoming law in 1994, the congressmen wrote that the VAWA has helped protect and support millions of Americans who faced domestic violence, stalking, dating violence, and sexual assault.

“However, instances of violence are still very common,” the lawmakers wrote, noting that the Centers for Disease Control and Prevention reported that roughly 1 in 3 American women and 1 in 6 men nationwide have experienced sexual violence in one form or another during their lifetime.

“Programs authorized and funded under VAWA work to protect girls, boys, men, and women from these terrible crimes,” the representatives wrote. “This is not a partisan issue. VAWA has been continually reauthorized on a bipartisan basis in Congress. We must act now to maintain and strengthen this critical law.”

Rep. Katko said he’ll continue to be “a strong supporter of funding initiatives to assist victims of sexual assault and domestic violence.”

“The reauthorization of VAWA should not be a partisan issue – it should be a bipartisan priority,” he added.

The VAWA authorizes grants that have a huge impact on his central New York district, as well as around the nation, said Rep. Katko. “We must work across the aisle to reauthorize this important measure so we can continue to save lives, protect children, and prevent future victims of domestic and sexual violence,” he said.

Randi Bregman, executive director of Vera House Inc., said the nonprofit’s members “are very grateful to Congressman Katko for his active role in pursuing the reauthorization of VAWA.”

“When we reached out to the Congressman on this issue, he and his staff were eager to work with us and representatives of national advocacy groups to ensure this essential legislation received the bipartisan support it deserves and has had historically,” said Bregman.

“We have all seen the positive impact of these programs in our districts and have met individuals in our communities who have benefited from the protections this law provides,” they wrote in the letter.

“Domestic violence is far too common in the United States,” added Rep. Denham. “The Violence Against Women Act has helped to address this issue and we must continue preventing and improving how we deal with these crimes on a federal level.”

The National Task Force to End Sexual and Domestic Violence issued a statement commending “the spirit of bipartisanship” reflected in the lawmakers’ letter, as well as the nation’s “great strides” in combating various forms of violence, largely due to the VAWA.

“We also applaud the commitment of the signatories to a VAWA reauthorization that makes meaningful improvements to ensure all victims and survivors have access to the safety, security and services they need and deserve,” according to the task force’s statement.