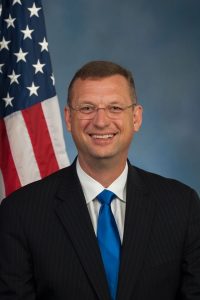 Rep. Collins introduced the Clyde-Hirsch-Sowers RESPECT Act, H.R. 1219, on Feb. 14 to ensure the assets of both Americans and small business owners aren’t wrongly seized by the IRS under civil asset forfeiture policies.

“Current law has been stretched far beyond its original purpose, opening the door for the IRS to abuse civil asset forfeiture and leaving the burden of proof on law-abiding citizens to fight the federal government,” Rep. Collins said last week.

If enacted, H.R. 1219 would prohibit the IRS from carrying out seizures relating to a structuring transaction unless the property to be seized derived from an illegal source or the funds were structured for the purpose of concealing the violation of another criminal law or regulation, among other provisions, according to the congressional record summary.

Current structuring laws allow the IRS to seize money if individuals have routinely “structured” deposits or withdrawals of less than $10,000, according to Rep. Collins’ Feb. 15 statement. The law originally was intended to nab suspected criminals, but has been used by the IRS to seize money in legitimate business transactions, the congressman said, citing data from the Institute for Justice showing that the IRS from 2005 to 2012 seized more than $242 million in some 2,500 cases for alleged structuring offenses.

H.R. 1219, according to Rep. Collins’ statement, was named in part to highlight an IRS 2013 assets seizure of Andrew Clyde, a U.S. Navy veteran and Georgia resident in Rep. Collins’ district who owns Clyde Armory.

The IRS, which originally seized nearly $950,000 from Clyde’s bank account seemingly because he regularly deposited several thousand dollars of cash from his business, didn’t charge Clyde with a crime, according to Rep. Collins.

“Andrew Clyde experienced this abuse firsthand when the IRS seized $950,000 from his bank account, despite having no evidence of criminal activity,” said Rep. Collins. “By directly addressing civil asset forfeiture abuses, the RESPECT Act will protect small business owners like Mr. Clyde from IRS overreach and ensure innocent individuals receive the due process they deserve.”

Clyde, in fact, said H.R. 1219 is “a massive, bipartisan win for the liberty of the people and should lift the spirits of all Americans.”

“Back in 2013, less than two months after the IRS forced me to forfeit my legally earned money, I presented my grievance to Congressman Collins and he promised me his help,” Clyde said last week. “Then when I testified before Congress in 2015 about the IRS abuse, I asked them to prevent this from happening to anyone else. This legislation has done just that and I commend Congressman Collins and all the cosponsors on this very important work.”

Rep. Lewis added that federal lawmakers must ensure that small businesses “unintentionally captured by the law” but not involved in illegal activities “are made whole.”

Rep. Collins also noted that previous companion proposals, such as one during the 115th Congress that was included in the Taxpayer First Act, almost became public law.

“This legislation has now twice been unanimously passed in the House but been stalled in the Senate,” Clyde said. “With this third introduction, I call on the entire Congress to quickly pass it and present it to the president to be made law.”

H.R. 1219 also would require prosecutors to demonstrate probable cause that seized funds are either illegally earned or structured to conceal illegal activity before they proceed with a forfeiture case, according to a summary provided by Rep. Collins’ office.

If enacted, H.R. 1219 also would codify a limit forfeiture for currency structuring to cases where funds in question are derived from an illegal source or used to conceal illegal activity, the summary says, and would allow property owners to challenge a seizure at a post-seizure hearing.