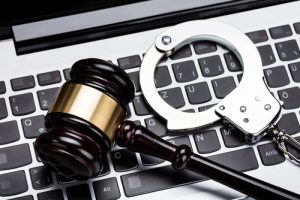 “I am proud to have worked with my colleagues on both sides of the aisle to get this necessary and timely legislation signed into law,” said Sen. Tillis on May 6.

“I am grateful to the members of the House and Senate who supported this bill, and I look forward to seeing the many ways it will positively impact all Americans,” Rep. Moore said.

The Better Cybercrime Metrics Act aims to improve federal cybercrime metrics by requiring the Government Accountability Office to report on the effectiveness of current cybercrime mechanisms and highlight disparities in reporting data between cybercrime data and other types of crime data; and requires that the National Crime Victimization Survey incorporate questions related to cybercrime in its survey instrument, according to a bill summary provided by the lawmakers.

“Cybercrime is a major threat to our national security and has steadily increased in recent years, putting private information and energy dependability at risk,” Sen. Tillis said. “The time has come for Congress to act on these growing threats by giving law enforcement and policymakers the tools needed to improve data collection and respond to cyber-attacks.”

Additionally, the bill will require the U.S. Department of Justice to contract with the National Academy of Sciences to develop a taxonomy for cybercrime that can be used by law enforcement, and ensures that the National Incident Based Reporting System include cybercrime reports from federal, state and local officials, the summary says.

“Cybercrime is one of the top security threats facing Americans today,” added Rep. Moore. “It is imperative that we equip the government to better understand and address the challenges of cybercrime so we can improve our national cybersecurity infrastructure.”