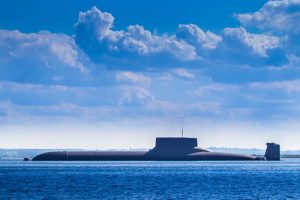 To prepare for the successful operation of future undersea capabilities, U.S. Rep. Blake Moore (R-UT) on June 15 introduced bipartisan legislation that would direct the U.S. Department of Defense to establish an exchange program between the U.S. Navy and the Royal Australian Navy to integrate and train Australian sailors for the operation and maintenance of nuclear-powered submarines.

Rep. Moore introduced the Australia-U.S. Submarine Officer Pipeline Act, H.R. 8073 alongside bill sponsor U.S. Rep. Joe Courtney (D-CT). The bill would enable the start of U.S.-based training of commanding officers for Australia’s future fleet of nuclear-powered submarines under the AUKUS alliance, a trilateral security pact between Australia, the United Kingdom and the U.S. for the Indo-Pacific region in which the U.S. and the UK will help Australia acquire nuclear-powered submarines.

“The AUKUS partnership seeks to bolster the alliance between the U.S., Australia, and the UK, and the Australia-U.S. Submarine Officer Pipeline Act is a prime example of what we aim to accomplish together,” Rep. Moore said. “It is imperative that we strengthen our undersea capabilities and increase submarine production for our national security interests, and the training exchange program outlined in the legislation will help us achieve that goal.”

H.R. 8073 outlines how the three countries should work strategically to deliver the capabilities outlined in the new undersea alliance, including by engaging with industry partners and by expanding industrial base capacity to support increased submarine production, according to a bill summary provided by the lawmakers.

The training program established under H.R. 8073 would require that a minimum of two Australian submarine officers be selected each year to participate in training with the U.S. Navy at its Navy Nuclear Propulsion School. The participants would enroll in the Submarine Office Basic Course and be assigned to duty on an operational U.S. submarine at sea, according to the text of the bill.

“The Australia-U.S. Submarine Officer Pipeline Act is a major milestone in the successful implementation of AUKUS,” said Rep. Courtney. “This bipartisan bill has the full support of the AUKUS Working Group, and we should waste no time in moving it forward towards a final vote.”

The AUKUS Working Group, also known as the AUKUS Caucus, was founded by Reps. Moore and Courtney, among others, and serves as “the go-to panel” in Congress for implementation of and collaboration on the new undersea alliance, according to Rep. Moore’s staff.

“I am pleased to join my AUKUS Working Group co-chairs in supporting this important bill and the great impacts it will have on our international security capabilities,” said Rep. Moore.