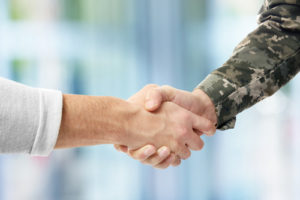 “I was proud to introduce this bill to successfully connect veterans with the resources at their disposal following their discharge, separation or retirement and am eager for it to be signed into law,” Rep. Joyce said.

The congressman in April 2021 cosponsored the Solid Start Act of 2021, H.R. 2819, with bill sponsor U.S. Rep. Elissa Slotkin (D-MI) to permanently authorize and expand the Solid Start program, which is an outreach program for United States veterans in their first year of separation from the military, according to the congressional record bill summary.

The identical bill, S. 1198, was introduced at the same time by U.S. Sens. Maggie Hassan (D-NH) and Kevin Cramer (R-ND) and received approval on Sept. 8 by the U.S. Senate before being passed by the House on Sept. 29.

When enacted, the bill will make permanent the Solid Start Program, a trial U.S. Department of Veterans Affairs (VA) program launched in 2019 that contacts every new veteran three times in their first year after exiting the service to help them navigate their transition, according to a bill summary provided by Rep. Joyce’s office.

“Veterans shouldn’t struggle to understand or access mental health care, education benefits, or any other critical resource or service as they transition back to civilian life,” said Rep. Joyce. “As the son of a World War II veteran, I refuse to allow the brave men and women who have served our country to slip through the cracks.”

The measure also will authorize funding to support the program and implement improvements to the program by requiring the Government Accountability Office to assess the program’s effectiveness, the summary says.

Additionally, the bill will require that the VA coordinate with the U.S. Defense Department on several tasks, including prioritizing outreach to veterans who accessed mental health resources prior to their military separation; providing female veterans with targeted information tailored to their healthcare and benefit needs; and collecting up-to-date contact information throughout the transition process, among others.