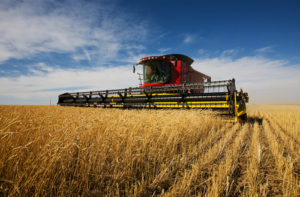 U.S. Sen. John Hoeven (R-ND) continues his efforts with the Trump administration to expand and open agricultural trade markets for North Dakota and other producers around the United States, the lawmaker told participants in a March 21 roundtable held in Bismarck, N.D.

“Our farmers and ranchers are the best in the world, and when given a level playing field, can compete in any market,” said Sen. Hoeven, chairman of the Senate Appropriations Subcommittee on Agriculture, Rural Development, Food and Drug Administration, and Related Agencies. “That’s why we’re working to secure better trade deals for our producers.”

For example, the senator told roundtable attendees that during a mid-March meeting with President Donald Trump, they discussed a strategy to get the U.S.-Mexico-Canada Agreement (USMCA) approved by members in both the U.S House of Representatives and the U.S. Senate.

“I met with President Trump at the White House to work on trade issues, which are very important for farmers and ranchers as well as our manufacturers and everyone else who exports,” Sen. Hoeven wrote in a March 21 commentary for the Grand Forks Herald.

“The USMCA is extremely important to producers in North Dakota given that Canada and Mexico are our state’s two largest trading partners,” he wrote.

“The USMCA includes important provisions for farmers and ranchers, including the elimination of Canada’s automatic downgrade of imported U.S. wheat,” wrote Sen. Hoeven. “Regardless of the crop’s quality or variety, Canada automatically downgrades imported U.S. wheat to feed grade. I worked to ensure the USMCA prevents this unfair practice and helps make certain that grading standards and services are non-discriminatory.”

“We understand our farmers and ranchers need certainty, which is why we’ve been pressing the administration to advance the USMCA and to finalize trade negotiations with China and Japan as soon as possible,” the senator said last week.