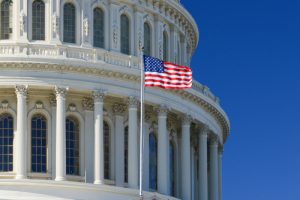 U.S. Rep. Peter Meijer (R-MI) on June 8 joined a bipartisan contingent of his colleagues to announce the relaunch of the House Diplomacy Caucus, which aims to strengthen American diplomacy as the nation’s foreign policy tool of first resort, among several goals.

“I am proud to help reintroduce this caucus, and I look forward to the important work it will produce,” Rep. Meijer said on Wednesday.

The congressman, along with U.S. Reps. Ann Wagner (R-MO), Brian Fitzpatrick (R-PA), and three Democrats, including U.S. Rep. David Cicilline (D-RI), said the caucus also will explore ways to help the U.S. State Department recruit and retain the best possible workforce, as well as opportunities to modernize the department, according to information provided by the lawmakers.

“As we work to protect democracy worldwide amid autocratic forces gaining power, our diplomatic corps needs strong support from Congress so that it can continue to do its important work,” Rep. Cicilline said. “This body will enable us to bring our colleagues together and provide united, bipartisan support for our State Department and strengthening our alliances abroad.”

Additionally, the caucus seeks to increase the understanding of the work conducted by American diplomats and the importance of U.S. diplomatic leadership, generate concrete ideas for new legislation to strengthen American diplomacy, and increase support for other relevant legislation, the information says.

“As members of Congress, we have a responsibility to promote and strengthen American diplomacy,” added Rep. Meijer. “Republicans and Democrats alike have a shared interest in this goal, and the bipartisan House Diplomacy Caucus provides lawmakers across the political spectrum the opportunity to engage in this important topic.”

Among the many supporters for restarting the caucus are Andrew Albertson, executive director of Foreign Policy for America; author Robert Zoellick, former president of the World Bank, U.S. Trade Representative, and Deputy Secretary of State; David Kramer, the Bradford M. Freeman Managing Director of Global Policy at the George W. Bush Institute and former Assistant Secretary of State for Democracy, Human Rights, and Labor; and several retired ambassadors.

“I am proud to join this bipartisan group in the relaunch of the House Diplomacy Caucus,” said Rep. Fitzpatrick. “I intend to work closely with my colleagues to ensure that our government promotes strong diplomacy and is able to use that diplomacy to foster stronger connections with our foreign allies.”