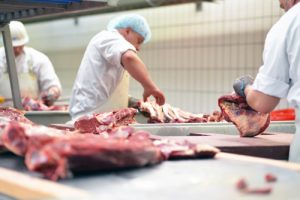 The aid that America’s pork producers will receive under the U.S. Department of Agriculture’s Coronavirus Food Assistance Program (CFAP) is not commensurate with losses incurred during the COVID-19 pandemic and additional rules could limit the program’s benefits, according to U.S. Rep. Tom Emmer (R-MN) and more than 50 of his colleagues.

“Pork producers are in the midst of a crisis,” Rep. Emmer said last week. “By no fault of their own, they are feeling the impact of a slowdown in the foodservice industry and supply chain disruptions due to plant closures. More must be done to help our producers facing these dire situations. Now more than ever, they need our immediate attention and assistance.”

Rep. Emmer and his colleagues expressed those concerns in an April 30 letter sent to President Donald Trump requesting improvements to pork producer aid offered under CFAP.

“Over the past month, hog futures have plummeted by more than 30 percent, down to their lowest point in over 15 years,” according to the lawmakers’ letter. “Restaurants closing their doors and the broader drop in public demand have largely fueled this decrease.”

However, recent processing plant closures in the upper Midwest also has severed a critical supply chain, forcing thousands of hog farmers to slow the growth cycle of their animals while facing the prospect of a processing capacity incapable of accepting their inventory, they wrote.

In fact, according to National Pork Producers Council President Howard Roth, industry economists conservatively estimate that hog farmers will lose a collective $5 billion for the remainder of the year. “All pork producers are hurting and immediate action is imperative,” he said.

Under CFAP, hog farmers receive $4 per hog in assistance, but face more than 10 times that amount in losses, according to the representatives’ letter, which noted that limiting assistance through entity rules and payment limits also severely undermines the impact of the program for hog farmers.

“While we remain committed to providing USDA with resources through the CARES Act and future appropriations, we also urge reconsideration of these limitations, which will drastically improve the impact that the program can have on the pork industry,” wrote Rep. Emmer and his colleagues, who also urged the president to mobilize existing farm programs to provide additional resources to hog farmers.

“Congress’ creation of the agricultural safety net did not contemplate the unprecedented nature of global pandemics such as COVID-19,” according to their letter. “Targeted, specific regulatory clarifications could open up additional dollars while remaining consistent with USDA’s mission.”