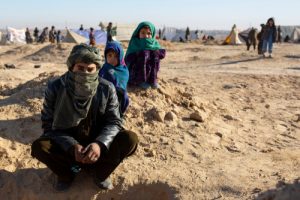 “I write to seek more clarity regarding the admission and vetting of refugees and other individuals from Afghanistan,” Sen. Daines wrote in a Sept. 20 letter written to DHS Secretary Alejandro Mayorkas. “While admitting those who served alongside U.S. forces and those who would face religious persecution is laudable, there is a great deal of public confusion as to the full scope of those who are entering the U.S. following the fall of Afghanistan’s government to the Taliban and the subsequent U.S. withdrawal.”

Sen. Daines noted “significant concern” about the thoroughness of the security screening process, as well as the reallocation of DHS resources to focus on this crisis.

Additionally, he pointed out concerns with admitting large numbers of immigrants from a war-torn country like Afghanistan, which lacks comprehensive records for screening people.

“Further, this administration’s calamitous and rushed withdrawal has significantly eroded public trust given reports that more than 120,000 people were evacuated, yet most Special Immigrant Visa applicants and a number of U.S. citizens were left behind,” wrote the senator. “Equally as concerning, there are numerous media reports of potential child trafficking cases involving ‘child brides’ and of women and children being subjected to sexual abuse prior to their departure from Afghanistan.”

Sen. Daines requested that the DHS secretary answer several questions about the process, such as the number of employees reassigned by DHS to work on vetting Afghan evacuees, how long it takes to thoroughly screen such evacuees, how many are currently in the U.S., and how many total the Biden administration plans to resettle in America.