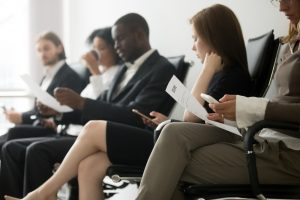 The bipartisan Work Opportunity Tax Credit and Jobs Act, S. 978, would provide employers with a tax credit for hiring and retaining individuals who face barriers to employment, such as veterans, ex-felons, summer youth employees and those who have been unemployed on a long-term basis.

Sen. Portman sponsored the bill on April 2, with U.S. Sens. Cassidy, Blunt and Ben Cardin (D-MD) among the original cosponsors. S. 978 would amend the Internal Revenue Code of 1986 to permanently extend the work opportunity credit, according to the text of the bill.

The tax credit employers would receive would amount to between $1,200 and $9,600 per employee and would be based on the qualified wages paid to the workers from the targeted groups.

“Our economy is creating jobs and increasing wages, and that’s good news, but we have much more work ahead to help those individuals who are in the shadows and struggling to find meaningful employment,” Sen. Portman said.

Sen. Blunt added that a permanent tax credit would help get more Americans off the sidelines and into the workforce.

“Having a job is about more than just bringing home a paycheck – it’s about having pride in your work and confidence in your future,” Sen. Blunt said.