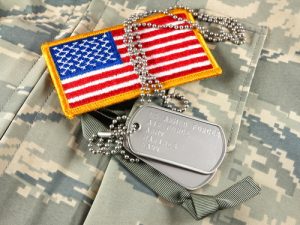 U.S. Sen. Shelley Moore Capito (R-WV) on Feb. 14 introduced the bipartisan Families of Fallen Servicemembers First Act, a measure to guarantee immediate military death-benefit payments for survivors who lose their loved ones during any future shutdown of the United States government.

“There are many consequences of a government shutdown, but it’s unacceptable that we would put ourselves in a position to deny military benefits to the families of fallen service members,” said Sen. Capito, who was among seven original cosponsors who introduced S. 2430 along with U.S. Sens. Christopher Coons (D-DE), Mike Rounds (R-SD), Jerry Moran (R-KS), and Joni Ernst (R-IA).

If enacted, the bill would establish a permanent appropriation for death-benefit payments from military deaths that occur during a future government shutdown, according to a summary provided by Sen. Capito’s office. The benefits covered would include survivor death gratuities, funeral and burial costs, and authorized travel for a funeral or a dignified-transfer ceremony. Dependents would temporarily retain their basic housing allowance.

“In 2013 when the government shutdown, more than a dozen brave service members were killed in action and I was outraged when their military death benefits were denied,” said Capito’s West Virginia colleague U.S. Democratic Sen. Joe Manchin, another original cosponsor of S. 2430. “These days, government shutdowns are all too common here in Washington and the families of these service members should never pay the price.”

The 2013 and 2018 government shutdowns created a situation that initially denied military death benefits to families, according to Capito’s office.

The legislation would make the appropriation “at the rate and under the conditions” provided for in the most recent fiscal year’s enacted appropriation for the uniformed services, according to the text of the House bill.