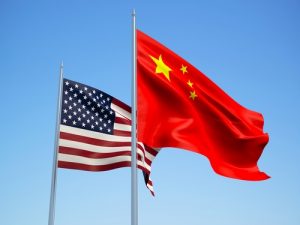 Under the bill, S. 2060, American colleges and universities would have to file a disclosure report with the U.S. Department of Education if the institution is owned or controlled by a foreign source, according to the text of the bill.

“Communist China has infiltrated American colleges and universities,” Sen. Blackburn said. “It is imperative we cut off Beijing’s access to funnel money in exchange for influence in higher education. Our children’s education should not be available for purchase by the CCP [Chinese Communist Party].”

Additionally, S. 2060 would require the disclosure reports if an American college or university receives a gift or enters into a contract with a foreign source valued at $25,000 or more, including in-kind gifts, gifts to institution foundations, and gifts to any other legal entities that operate substantially for the benefit or under the auspices of the institution, according to the bill text. Currently, the minimum reporting threshold for disclosure in terms of dollar amount is $250,000.

“Attempts by the Chinese Communist Party and other bad actors to infiltrate the American education system is a blatant example of foreign competitors trying to maintain and expand their global power to our detriment,” said Sen. Scott. “By holding institutions of higher education accountable for foreign donations, we are taking necessary steps to promote transparency, protect our intellectual property, and ensure our country’s future leaders get a quality education.”