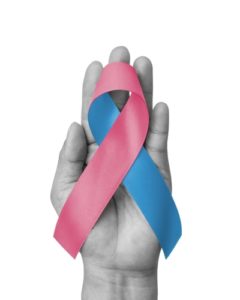 If enacted, the resolution would recognize the tens of thousands of American families that have endured a stillbirth, and would “seize the opportunity to keep other families from experiencing the same tragedy,” according to the text of the resolution.

Data from the Centers for Disease Control and Prevention show that the annual number of stillbirths in America far exceeds the number of deaths among children under 15 years of age due to sudden infant death syndrome, car accidents, drowning, guns, fire, poison, and flu combined, the resolution states, pointing out that 23,000 pregnancies in the United States end in stillbirth each year, a crisis exacerbated by the COVID-19 pandemic.

“The stillbirth rate in the United States is unacceptably high, especially for low-income and rural moms, and we must do more to help them have healthy pregnancies,” Rep. Hinson said on Sept. 19. “Designating today as National Stillbirth Prevention Day is an important bipartisan action to prevent stillbirths and support expecting moms through their pregnancy, regardless of their income level or where they live.”

“Nearly 1 in 4 stillbirths could be preventable, and it is alarming that the rate of stillbirth is considerably higher in black, American Indian, and Alaska Native women,” said Sen. Merkley. “This resolution recommits us to leveraging advances in modern medicine to ensure we are doing everything we can — especially for historically marginalized communities — to prevent individuals and families from experiencing the trauma of stillbirth.”

Among the many organizations supporting the resolution are the March of Dimes, Healthy Birth Day, Mommies Enduring Neonatal Death, the Maternal Mental Health Leadership Alliance, the National Birth Equity Collaborative, the Society for Reproductive Investigation, the Preeclampsia Foundation, and the What to Expect Project, among others.