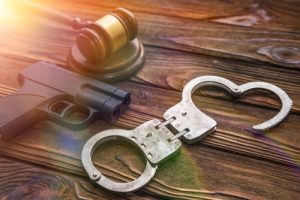 U.S. Rep. Don Bacon (R-NE) on Oct. 31 introduced bipartisan legislation that would impose stricter penalties for anyone who buys a firearm for someone else who isn’t legally permitted to have it, otherwise known as straw purchasers.

“By closing loopholes and increasing maximum punishments for violators,” Rep. Bacon said, “this legislation will help to deter criminals from illegally obtaining firearms and bring justice and safety to our affected communities.”

If enacted, the bill would increase the maximum punishment for the purchaser and the receiver, who transfers a firearm with reasonable cause to think it would be used in a crime, to include a fine up to $750,000 from the current $250,000, and a prison term for up to 25 years from the existing 10-year limit.

“Most of the gun-related crime is committed by someone who should not have access to a firearm, but they are able to get it because someone else makes the purchase. Local law enforcement have said this is one of their top priorities,” said Rep. Bacon.

In addition, H.R. 4939 includes a “Kingpin Clause,” which would make it unlawful for any person affecting interstate commerce to have straw purchaser(s) acquire firearms to enable a gun trafficking enterprise, according to a bill summary from Rep. Bacon’s office.

The clause, which includes anyone trying to traffic weapons across state lines, would subject the organizer or “kingpin” of the operation to a fine of $1 million, up to 30 years in prison, or both, according to the summary.