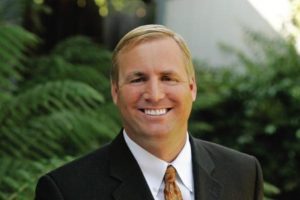 Now known as S. 2800, the comprehensive bill, which includes numerous other water-related proposals, resulted when the U.S. House Transportation and Infrastructure Committee and the U.S. Senate Environment and Public Works Committee reconciled their respective bills on water resources infrastructure spending. The full House approved the legislation on Sept. 13 by a vote of 377-20 and sent it to the U.S. Senate for consideration.

“The bill provides financing for water projects throughout the western United States, including new reservoirs, below ground storage projects, recycling and desalination projects,” he said in a statement following House passage of the spending package.

The congressman’s provision in the bill would authorize the U.S. Environmental Protection Agency to finance the U.S. Department of the Interior’s Bureau of Reclamation projects under the Water Infrastructure and Innovation Act of 2016 program and would set a one-year deadline.

Rep. Denham’s language inserted into the bill specifically would require federal agencies to expedite feasibility studies by the Reclamation Bureau. This would meet a California state mandate to improve flood protection of Lathrop, parts of southwest Stockton, French Camp, and a segment of western Manteca to 200-year flood protection certification, according to the congressman’s office.

The House-approved bill also includes provisions Rep. Denham authored that would authorize flood control protection measures, which he said are needed to boost the safety of more than 50,000 residents in San Joaquin County.

In related news, the Reclamation Bureau continues to progress on expansion plans for the Shasta Dam water storage reservoir in California, a more than $1.4 billion, federally approved project that could receive additional funds if S. 2800 is enacted into law.

Rep. Denham said S. 2800 would “set up a bank of financing for these water-storage projects and we can finally get some of these big reservoirs underway — raising Shasta, building Sites Reservoir, expanding Los Vaqueros, building Temperance Flat.”

In March, Congress approved $20 million for preliminary work on the Shasta Dam expansion project under the Water Infrastructure Improvements for the Nation Act of 2016.

“We’re moving forward with building more water storage for the first time in decades,” said Rep. Denham. “Real progress and results are what California needs if the next generation wants water.”

According to the Reclamation Bureau this month, pre-construction activities are ongoing, including an engineering design to raise the dam 18 ½ feet and coordination with various federal, state, railroad and local agencies, among other outreach activities with tribal interests, landowners, government and non-government agencies.

The total expansion of Shasta Dam will provide an additional 630,000 acre-feet of stored water for families, farmers and cities, and help reduce flood damage and improve water quality in the Sacramento River to revitalize fish populations and foster a stronger ecosystem, according to a statement issued by Rep. Denham’s office.