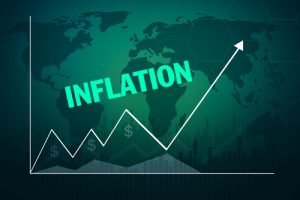 Specifically, S. 3495 would bar legislation that would be estimated to increase inflation until the year-over-year inflation rate drops below 4.5 percent, according to the text of the bill, which is cosponsored by U.S. Sens. John Thune (R-SD), Joni Ernst (R-IA), Todd Young (R-IN), John Hoeven (R-ND), and Steve Daines (R-MT), among others.

“Our country is facing the highest level of inflation in nearly 40 years and South Dakotans are paying more for food, utilities and gas,” said Sen. Thune. “I’m proud to join Sen. Scott in the fight to stop the Democrats’ reckless tax-and-spending spree, which would significantly worsen the already damaging inflation crisis.”

Sen. Ernst agreed, noting that President Joe Biden’s policies continue to cause soaring inflation that’s making it harder for Americans to purchase everyday household items. “We must rein in the Democrats’ out-of-control spending,” said Sen. Ernst. “This effort will take steps to ensure spendthrift lawmakers are held accountable for the impact their actions have on everyday Americans.”

Sen. Young, who called the current situation “the Biden inflation crisis,” said that Democrats for months have ignored the problem. “The Inflation Prevention Act would ensure that the bills we are voting on in Congress do not make this problem worse,” he said.

“Inflation is a tax on all Americans and it is now the highest rate it has been in 40 years,” added Sen. Hoeven. “The Inflation Prevention Act will prohibit legislation that worsens inflation.”

The bill has garnered support from the National Taxpayers Union, Heritage Action, Americans for Tax Reform, FreedomWorks, and the Conservative Political Action Coalition.