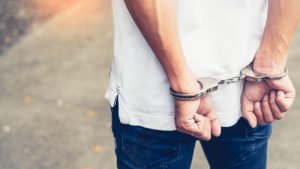 The U.S. House of Representatives on Dec. 8 approved bipartisan, bicameral legislation offered by U.S. Rep. Brian Fitzpatrick (R-PA) that will authorize longer federal jail sentences for criminals who prey on and stalk children. The U.S. Senate passed the bill last year and it now moves to the president to be signed into law.

“The Combat Online Predators Act is the first step in making the internet a safer environment for all users, especially the most vulnerable among us,” Rep. Fitzpatrick said. “I am incredibly proud to see our legislation pass both chambers and head to the president’s desk to become law.”

Rep. Fitzpatrick and U.S. Sen. Pat Toomey (R-PA) unveiled H.R. 570 and S. 134, respectively, in their chambers in January 2019 to increase federal criminal penalties for stalkers by up to five years if the victim is a minor, according to a bill summary provided by Rep. Fitzpatrick’s office.

The measure also calls for the U.S. Department of Justice to evaluate federal, state and local efforts to enforce stalking laws and to identify enforcement best practices, according to the summary.

“We have no higher responsibility than to protect our children,” said Rep. Fitzpatrick. “Cyberstalking is a serious crime that needs to be met with stricter penalties and more cooperation among law enforcement agencies.”

According to Rep. Fitzpatrick’s office, the Combat Online Predators Act was inspired by the Zezzo family of Bucks County, Pa., whose teenage daughter was cyber-stalked on social media by a friend’s father. The stalker pleaded guilty to a misdemeanor stalking charge and was sentenced to probation and counseling, but three years later started stalking the teenager again. He was arrested in a sting operation by local police and sentenced to between 18 months and seven years in a state prison.

“Sitting with the Zezzo family, I saw the pain in their eyes. After hearing of the disturbing story of cyberstalking endured by this young girl and her family for years, I knew something needed to be done,” Rep. Fitzpatrick said.

“Our family is so glad the Combat Online Predators Act has made it through Congress,” Erin and Tony Zezzo said in a statement. “As families have navigated through the COVID-19 pandemic, children are spending more time online and in front of a webcam. This legislation has never been more critical than it is today.”